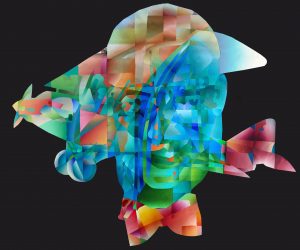 From The Ghosts of Greenwood Past: A Walk Down Black Wall Street by Hannibal Johnson

“Berry created a nickel-a-ride jitney service with his topless Model-T Ford. He successfully operated a bus line that he ultimately sold to the City of Tulsa. He owned the Royal Hotel. He shuttled wealthy oil barons on a charter airline service he operated with his partner, James Lee Northington, Sr., a successful black building contractor. Simon Berry earned as much as $500 a day in the early 1920s.”

“Berry reinvested in the community that had been so good to him. In 1926, he acquired land and established [what is now known as Lacy Park] on thirteen acres located on Madison Street between Virgin and Young Streets, complete with a swimming pool, a dance hall, and picnic grounds. Berry extended his bus service to provide transportation to his park. Years later, the City of Tulsa acquired Berry Park [to rename it at later dates to Lincoln and then Lacy Park].”

The portrait of Simon Berry includes Berry as a young man, his plane, and a map of Greenwood